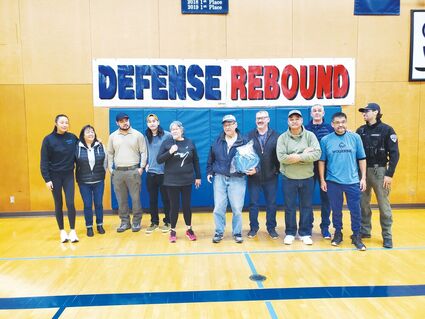 HONORED AT HALFTIME – La Conner High School basketball alumni from the Swinomish were saluted during a halftime ceremony on Jan. 3.

But what happened at halftime will remain a fond memory for years to come.

Several decades of Swinomish Indian Tribal Community members who played basketball at La Conner were honored during intermission of the much-anticipated non-league matchup, which the Lady Reds won on Amber Swan's no-look, over-the-head shot in the paint off an inbounds pass as the final buzzer sounded.

Swan led the victors, who trailed much of the game, with 19 points.