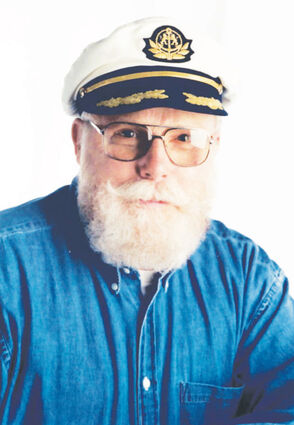 He was born on family farm in Inman, Nebraska during the dust bowl and depression of 1933. Two years later, the sale of their farm, home and equipment netted $95 and paid the train fare for the family to California. The build up to WWII brought the family to northern California. Larry attended one and two room schools through 9th grade, then boarded with relatives in the Seattle area for high school.

After graduation from Lincoln High in 1948 and knowing he would soon be drafted, he enlisted in the Army. He was trained in CB Warfare and sent to Korea where he served on the front lines till the armistice in 1953.

Using his GI benefits, he attended Cal Poly, San Luis Obispo, graduating in agriculture in 1959. Larry was chosen Outstanding Student of the Year there twice, among other honors. In 1961, he married MaryLee McRevey, and they remained married for 61 years. Larry received his MS in Ag from the University of Nevada in 1965. The couple raised their three children at their home at Crystal Lake in Woodinville, where Larry was president of the HOA and held other leadership positions. He was Cub Master, then Scout Master for Troop 421. Eight young men achieved their Eagle Rank under his leadership.

Larry credited a 1949 Billy Graham Crusade for his faith, which never wavered He was active in their churches and in Young Life all his adult life. He worked on Mission projects in the Alaskan bush and Mexico. Larry was a contractor for many years, then worked as the district carpenter at North Shore Schools before his retirement. They bought their retirement home in Shelter Bay in 2000, and enjoyed boating, travel, and visiting friends.

A Celebration of Life will be held Saturday, Jan. 14, 2023 at 1 p.m. at the Shelter Bay Club House in La Conner ,. To leave a memory or condolence, contact wallinfuneralhome.com.