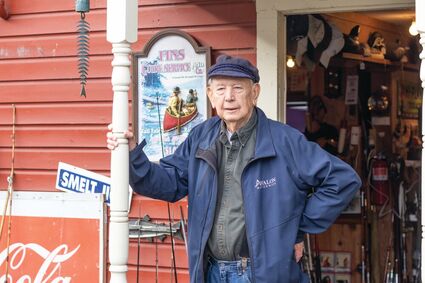 BEING CAST INTO A NEW ROLE - For more than three decades, Jon Peterson has been a familiar sight in the La Conner business community, starting each work day setting up the array of high-end collectibles and vintage fishing gear that has defined his and wife Linda's Plug Ugly store. Plug Ugly, which enjoys a national following, closes at the end of the month as Jon, a former Seattle Police Department detective, pursues a second retirement.

Their business is a throwback many wish could go on forever. But, alas, all good things must come to an end.

Jon and Linda Peterson's much celebrated Plug Ugly store of vintage fishing gear and one-of-a-kind collectibles for over three decades, is closing at the end of November.

Its many loyal customers, near and far, are chagrined.