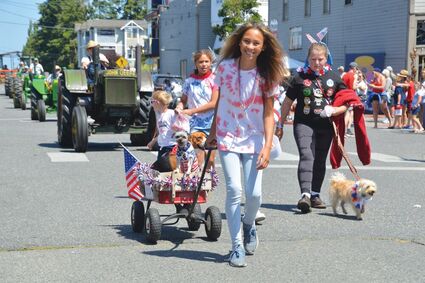 ANOTHER PARADE, ANOTHER PHOTO OPPORTUNITY – Judges chose this July 4, 2021 parade photo as first in general news photography for the 2022 WNPA best newspaper contest. On October 31 kids will be in costumes, parading up First Street for Halloween. There will be more photos taken of perhaps the best of La Conner's parades.

Your community newspaper has the best photographers among small Washington newspapers. Sarah Walls and Ken Stern were awarded first place in the pictorial and general news categories and with Nancy Crowell and Marissa Conklin took all six places in this year's Washington Newspaper Publishers Association best newspaper contest.