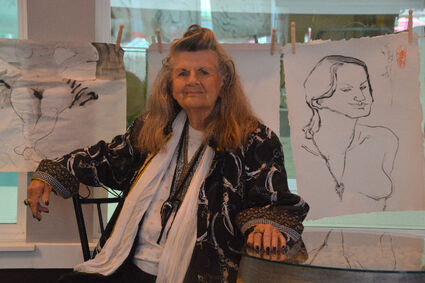 Local artist and poet Janet Laurel showcases unreleased work at Skagit Cellars tasting room in Gilkey Square through September. "Red Goddesses" is a curated collection, representing decades of her prolific and unseen work. Galleries in Seattle were originally hesitant to hang the work and subsequently Laurel started her own gallery when she bought a church from the steel workers union in West Seattle. Always moving on to another series, this artwork was archived for a later time.

A lifetime of expressiveness was digested, dissected and assembled by textile artist Ange...