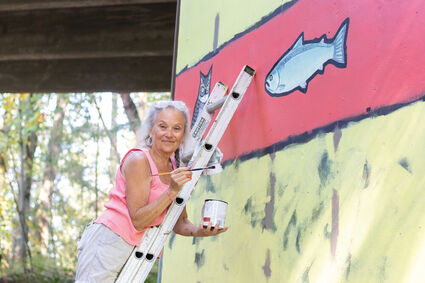 Creating one of La Conner's most popular works of public art back in the day was no walk in the park.

But it began with one.

The idea for sprucing up the walking trail beneath the Rainbow Bridge with a colorful thematic mural project evolved from a hike there by La Conner resident Jane Stephens nearly a quarter-century ago.

"I've always walked there," Stephens told the Weekly News Sept. 1 during a phone interview from Corvallis, Oregon, where she was visiting family.

"Our son Andy, was going to graduate in 1999 and the seniors (at La Conner High School) needed public service hours as pa...