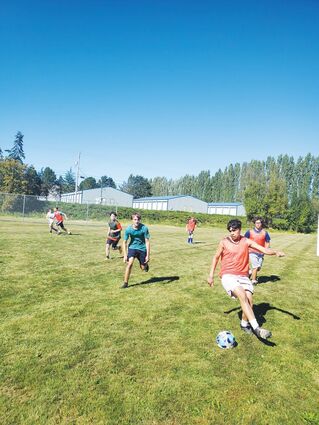 The roster has changed and so has the game plan for the La Conner High School boys' soccer team.

"We're going to have play a different style," McKnight told the Weekly News. "We'll have to play smart and rely on a lot of passing rather than try to score quickly on each possession."

The new approach, heavy on crisp feeds and movement away from the ball, is the result of los...