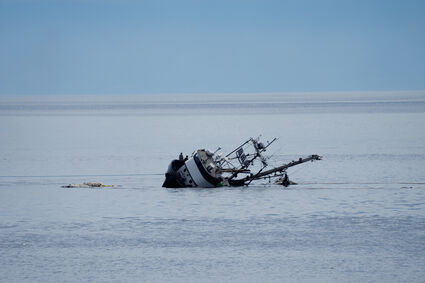 A fishing boat carrying 2,600 gallons of fuel sank off the western shore of San Juan Island on Saturday, releasing an oily sheen that spread for 2 miles in critical habitat for the Northwest's endangered orcas.

Researchers called it "incredibly lucky" that the whales and the diesel apparently never crossed paths.

The crew aboard the Aleutian Isle radioed for help Saturday, saying they were taking on water. They abandoned their sinking ship and clambered into the skiff they normally use to maneuver the boat's purse-like net to capture salmon.

Two other salmon-fishing boats, the Marathon and...