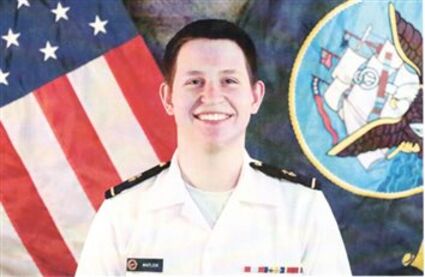 His parents are Daniel (a colonel in Army Reserve) and Laura Whitlock of Auburn, Washington. His grandparents are Mary Lou Cruger and Al Williams of La Conner.