Cindy Vest, the smiling face of La Conner’s newspapers for decades, has died 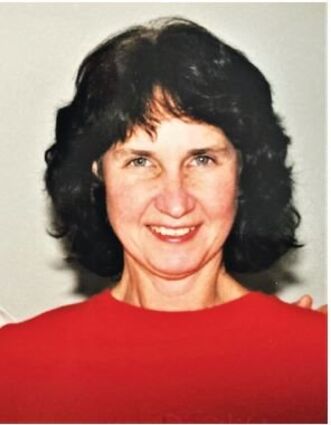 Newspaperwoman Cindy Vest, who was integral to a half century of news publishing in La Conner, died on Sunday, April 10 with her family at her bedside. She had been battling leukemia.

Until she retired last year, Cindy had been the behind-the-scenes engine keeping La Conner’s weekly newspapers running since the 1970s.

Cynthia Louise Graff was born in Everett, Washington to MaryLou and Robert Graff on May 19, 1950. Her father was a printer and from the time she was a schoolgirl, she worked with her dad at Graff Printing in Everett, a business founded by her grandfather in 1928 at 2927 Wetmore.

In the 1970s Cindy went to work for La Conner’s original newspaper, Puget Sound Mail, as a typesetter and presswoman. That same decade, the startup Channel Town Press, recruited her. Until the Puget Sound Mail folded in the 1980s, Cindy worked for the competing newspapers, keeping secrets for both employers.

The business partners sold their interest in La Conner Weekly News to Ken Stern in 2017, but Cindy didn’t retire. She stayed on for four more years to help keep the paper strong.

In 2019, Cindy was awarded the Dixie Lee Bradley award, one the most prestigious honors presented by the Washington Newspaper Publishers Association to those who work backstage keeping the news industry alive.

Cindy used to get teased that her favorite fragrance was newsprint and ink. She could run a web press, do old-time typesetting and pasteup with hot wax, make camera plates and address newspapers with an 1880s museum-quality Wing mailer.

As technology evolved, Cindy taught herself design and newspaper layout and handle all the bookkeeping online.

Cindy was the eldest of four siblings and her brother Brad recalls that she was the one who taught him many things, including how to water ski and snow ski. At one time or another, “we all worked in the family print shop,” he said. When the first electric typesetting machine was introduced five decades ago, “Cindy could type 120 words per minute,” Brad recalls.

During much of her life, Cindy was a working mom, raising two sons, Brian Ruiz and Eric Ruiz. In more recent years, she and her husband, Ken Vest, cared for her mother Mary Lou and enjoyed their granddaughter Selena.

Cindy was an outdoorsy woman, who loved to go crabbing in the summer and camping with her husband anytime the weather permitted.

Cindy leaves her husband Ken Vest, her sons, Brian Ruiz and Eric Ruiz, her five-year-old granddaughter Selena, her stepsons Cameron Vest and Danen Vest and his wife Lila, her brother Alan Graff, her sister and brother-in-law Robyn and Harold Sweeney, her brother and sister-in-law Brad and Lisa Graff, her dear friend and former spouse Roy Ruiz and numerous nieces and nephews and their families.

In keeping with Cindy’s wishes, there will be no public memorial other than a private family gathering.

Relatives have established a trust account to benefit Cindy’s granddaughter when she comes of age. Donations can be sent for Selena R. Ruiz, P.O. Box 178, Freeland WA 98249-9911