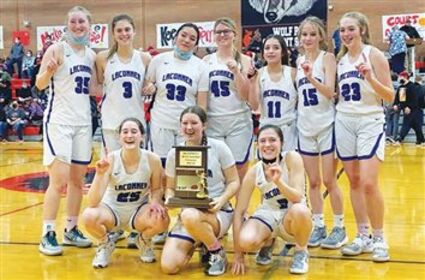 As expected, the team (20-1) breezed to the Northwest 2B District title with a dominant 70-19 victory over the hosts, who had placed a distant second to the Lady Braves in the league championship race.

La Conner advances to regionals this weekend, a round that will help determine bracket placement for the state Hardwood Classic March 2-5 in Spokane.

The team, which has defeated foes from the 1B-4A ranks this season, is considered a co-favorite with Warden for the State 2B crown.