Back in the day – 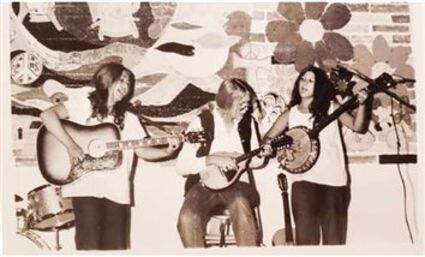 THOSE WERE THE DAYS, MY FRIENDS – Ah, to be young and on stage in California. Suzie Racanello, left, was in the 1960s, singing with her friends Patty, center and Christine. Play a song for us, Suzie. We’re not sleepy and there is no place we’re going to. -Photo courtesy of Suzie Racanello

The famed Troubadour Club in Hollywood has helped launch some of the biggest acts in the music business, from Jackson Browne and Linda Ronstadt to Elton John and the Eagles.

Its iconic stage was also graced several times in the 1960s, during the height of the American folk music revival, by a talented southern California female teen string trio, one of whose members would later embrace La Conner as her hometown.

Suzie Racanello, who still harmonizes while on car rides with local friends Faye Whitney and Bobbi McMullen, revisited in a recent Weekly News interview those halcyon days when sh...