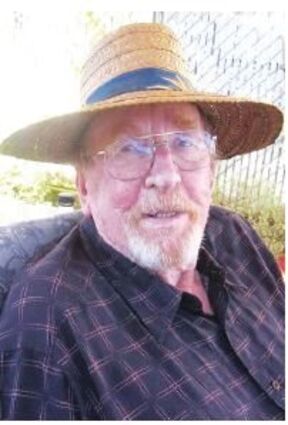 Louis Duane “Red” Bretvick, age 94, passed away on Tuesday, Dec. 21, 2021 in Mount Vernon, WA. Duane was born September 26, 1927, in Mount Vernon, WA to Laverne (nee McNeil) and Louis (Lud) Bretvick. He was raised in the family household on the north fork of the Skagit River. He attended La Conner schools and was a La Conner High School class of 1945 graduate. Following high school graduation he enlisted in the U.S. Navy, and honorably served in WWII and the Korean conflict. While in the Navy he attended the California Institute of Technology training to become a WWII combat pilot if the need arose. He also attended college at Washington State University and USC.

Duane met and married Helen Katherine Schiller on Feb. 19, 1955 in Naugatuck Connecticut. They spent their honeymoon traveling across the United States, finally arriving in La Conner, Washington, to start their married life together. Duane and Helen raised their five children in their La Conner home, where he remained until his death.

Duane had a busy and active life.

He spent his working career on the sea, starting as a teenager fishing commercially with his father Louis (Lud).

He continued working as a gillnet fisherman through the 1970’s while also working on tugboats, starting at Dunlap Towing in La Conner, then working for Puget Sound Freight Lines in Seattle as a Tugboat Captain.

Duane was at the helm of many tugboats during his time on the water, but his favorite tug of all was the “Anne Carlander”.

Duane retired from tugboat life in 1988, which allowed him more time to work on his golf game, play his accordion, spend more time in his garden, enjoy his grandchildren, and travel the world with his wife Helen.

Family was always very important to Duane, and he also had other interests that he enjoyed. Starting at age 8 Duane was taught to play the accordion by Hugo Helmer, which he continued to play until his passing. He spent years playing at dances, family reunions, public holiday events, elder care facilities, and occasional wedding or anniversary events, usually with the Hugo Helmer Accordion Band, or with his dear friends Don Mapes and Denny Moody in bands called “The 3 D’s”, or “The Polka Dots”. Music was an important part of Louis’s life, and many a Sunday morning the Bretvick household was filled with the sounds of polkas, schottisches, waltzes, and marches from his accordion.

Another activity he enjoyed was playing golf, especially with his three sons, whom he hauled out to the golf course when they were young children. After many years of playing, he shot a hole-in-one at Similk Beach golf course. Duane also loved gardening, tending to his patio garden and growing vegetables.

Duane was also a coach for his sons’ Little League baseball teams. He loved to read, cook, make video movies of his family and enjoyed his blue margaritas. He loved all animals, especially his cat Brandy.

The family wishes to thank the staff at Life Care Center in Mount Vernon for their excellent care of Duane.

Visitation will be held at Kern Funeral Home on Wednesday, Jan. 5, 2022 from 11 a.m.- 8 p.m., followed by visitation on Thursday, Jan. 6, 2022, 9-10 a.m.. Funeral services will be held on Thursday, Jan. 6, 2022, 1 p.m. at Salem Lutheran Church followed by graveside services at Pleasant Ridge Cemetery. There will be an outdoor reception later this summer and will be announced at a later date.

Funeral arrangements are under the care of Kern Funeral Home. You may share memories of Duane and offer condolences to his family online at www.kernfuneralhome.com.