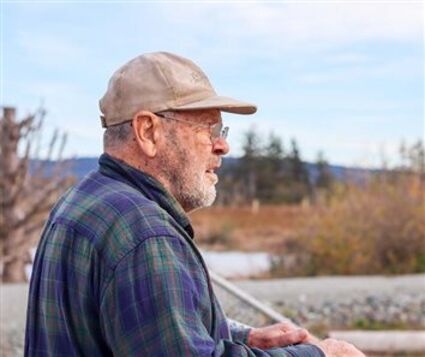 STILL BIRDING AFTER ALL THESE YEARS – Bob Hamblin was out at Wiley Slough Wildlife Area on Fir Island Monday observing people as well as birds. The Skagit Valley native has been to most states in the U.S. to film birds and has followed some overseas. His videotape collection is very 20th century. – Photo by Marissa Conklin

Some people spend many years of their life searching for their passion. The Merriam-Webster dictionary defines passion as a strong feeling of enthusiasm or excitement for something or about doing something. For one Skagit Valley resident, passion was first found via a piece of chalk on a blackboard.

Bob Hamblin, now 82, was only six years old when he saw his teacher draw an American goldfinch on the classroom blackboard. Hamblin was instantly fascinated with the drawing and wanted to learn more about birds. In 1982 he began his lifelong journey filming over 600 species of North American bi...