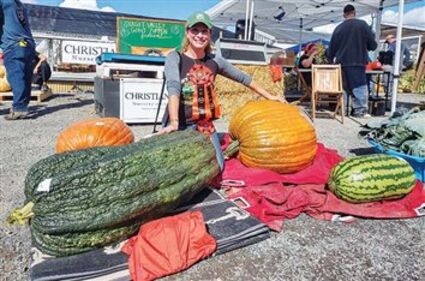 After the wind storm Friday night, John Christianson, owner of Christianson’s Nursery, wasn’t sure about the attendance at the next day’s annual Pumpkin Festival. After he spent all morning standing up plants and saving uprooted dahlias, Christianson found the large crowd “a bit of a surprise.” He said, comparing the day to 2019’s turnout, it was as good as they could expect, especially considering the days’ forecast was for rain. But the overcast broke around noon, with bright blue sky and white clouds all afternoon

The winning pumpkin this year was grown by Team Gadberry fr...