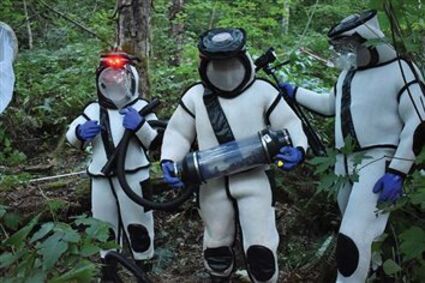 ALIENS LANDED, NESTED, CAPTURED – Washington State Department of Agriculture staff captured some Asian giant hornets while destroying the rest and their nest near Blaine on August 25. Contact WSDA staff if you site one of these hornets. – Photo courtesy of WSDA

OLYMPIA – The Washington State Department of Agriculture eradicated the first Asian giant hornet nest of the year on August 25.