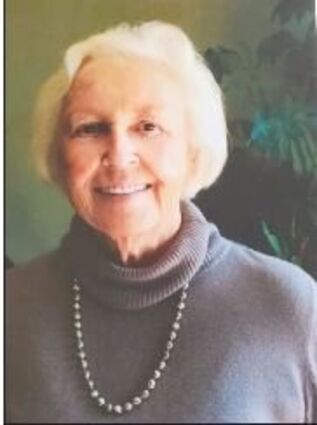 Avery passed away at her home on August 19, 2021 in Burlington, Washington at the age of 94.Nona was born in Edmonds, Washington on August 5, 1927 to William & Marjorie Gross. She spent her childhood in Olympia, Washington attending primary schools in Shelton and Olympia, later attending Stevens College in Missouri and the University of Washington.

On August 26, 1949 she married Paul J Avery in Olympia, Washington. Throughout her marriage Nona was a loving, supportive wife to Paul, following him though his career as an educator in California, Illinois, Europe and finally settling in the Skagit Valley, where she lived for over 40 years.

She was a master gardener, known for her beautiful flowers and bountiful vegetable gardens, she was an avid reader throughout her life and enjoyed spending time with her children and grandchildren.

Nona is survived by 3 daughters and 1 son, 10 grandchildren, 5 great-grandchildren and her sister.

She was preceded in death by her beloved husband Paul, her wonderful parents and brother William Gross.

Nona will be dearly missed by her family. In lieu of flowers please make donations to Burlington Senior Center.