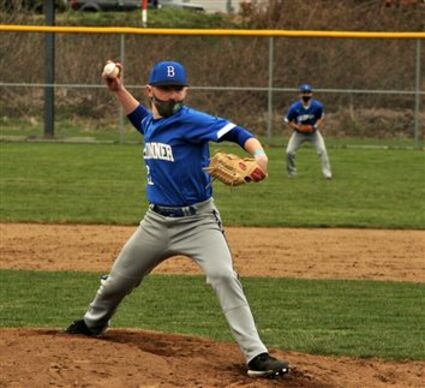 But the youthful Braves, whose roster includes seven freshmen and two eighth graders, did not enjoy a total home field advantage.

That is because La Conner was paired against NW2B rival Mount Vernon Christian, which had already played twice on the Braves’ diamond this spring.

The Hurricanes, who for a third time brought a large entourage of fans, are using the La Conner field as their home venue this season until cleared to play on the Mount Vernon High campus.