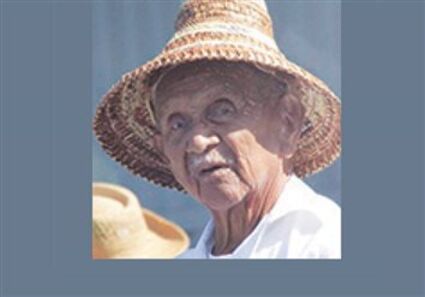 The Fourth of July will not be the same here anymore.

Nor will home basketball games at Landy James Gym.

Mike Cladoosby, the avid, longtime Swinomish fisherman and tribal elder who launched the famed Jughead’s Fireworks Stand in the 1970s and whose unyielding support of La Conner High sports teams resulted in a seating section of the school’s gymnasium being designated in his honor, died last Friday surrounded by family members.

Cladoosby’s “extended” family, of course, is rooted on both sides of Swinomish Channel, His tireless optimism and generous spirit was admired by all whom he met.

A man of many talents and callings – he was a carver, crafter and Pentecostal minister, among other pursuits – Cladoosby showed that all things in life are possible. Born into poverty at Tulalip during the depths of the Great Depression, he met and enjoyed the company of governors, senators and a president.

In the 1997-98 school year, with Novak back on the La Conner sideline following a coaching stint at Skagit Valley College, “Mike’s Corner” was christened at Landy James Gym. It marked the seating area where Cladoosby and his late wife, Mary Lou, a beloved La Conner schools staff member, loyally followed the team.

When La Conner traveled to Spokane for state hoops tourney play, there was always a Cladoosby entourage on hand, Mike taking great delight in gifting hand-crafted mementoes to Braves and Lady Braves fans.

He would join Novak and school officials on the Sunday before the tournament tipped off to learn the bracket draw.

“Mike was always there with us,” said Novak, recalling that Cladoosby – like clockwork –phoned him every mid-November to ask how La Conner would fare that year.

By then, Cladoosby was a local celebrity. His fireworks stand in front of the family home near the intersection of Snee Oosh and Reservation roads drew media attention and customers from throughout western Washington annually. A charismatic entrepreneur, Cladoosby emerged as a goodwill ambassador for Swinomish and La Conner.

He was also a mentor. He was an early tutor to Kevin Paul, now a nationally recognized master carver.

As evidence, in the early 1980s Cladoosby was one of 50 residents profiled in the Channel Town Press newspaper’s “Making La Conner Go” series.

When one his sons, Brian Cladoosby, was elected president of the National Congress of American Indians in 2013, he began writing a new chapter in an already voluminous life story. Entering his 80s, Cladoosby made his first cross-country flight to meet various political leaders, including President Barack Obama.

“Words cannot express the sorrow I am feeling right now,” Brian Cladoosby said upon his father’s death. “Dad was my greatest role model.

“Everything I learned about fishing,” he added, “I learned from my greatest teacher. He was such a gentle, humble, quiet man. I never remember him raising his voice at me.”

Funeral services were held yesterday at the Swinomish Tribal Community gymnasium. Due to COVID-19 restrictions, capacity was monitored.

Otherwise, attendance would certainly have been standing room only.