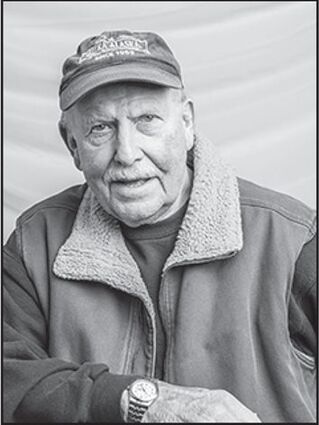 Vernon “Butch” J. Hertz, beloved husband and father, passed away at the age of 75 in his home in Mount Vernon WA, on February 28, 2021, surrounded by his family. With great love comes great loss. We are heartbroken that he is gone, but grateful to have loved him. He packed a lot of life into his 75 years.

Butch was born in Bremerton, WA, on December 21, 1945, to Joseph W. Hertz and Carol V. Mathews. As a young boy, Butch and his family moved to Mt. Vernon. During high school he participated in FFA and in 4-H showing dairy cattle and worked as a forklift driver at Stokely Van Camp. He graduated from MVHS in 1965.

In 1966, he married Helena Hall and they had two daughters, Kelly and Kerry. Along with his parents, they started a fairly large pig operation and sold their pigs to Hormel.

On November 20, 1982, Butch married Jeanie M. Peterson from Bow, and they made their home in LaConner. Their daughter, Brianna, was born in 1986. After 30 years, they moved to their home on McLean Rd. Butch continued his life-long passion for animals while watching Brianna show her horses for many years. It also gave him great joy to see his kids and grandkids working with farm animals.

Butch worked for Boeing at the Seattle and Everett plants as a machinist. After leaving Boeing, he worked for National Frozen Foods in their farm shop division as a mechanic for 30 years. After his retirement from National, he ventured out and started his own business, Butch’s Repair Service, where he got to do what he truly loved, giving old buildings new life.

Butch was preceded in death by his parents, Joe and Carol Hertz, his grandparents, and several aunts and uncles.

He is survived by his wife of 38 years, Jeanie Hertz and his 3 daughters. Kelly (Lennie) Romero of Mount Vernon, Kerry (Ward) Weidenbach of Miles City, MT, and Brianna (Ryan) Widen of Custer, WA.

On Saturday, March 13, 2021, there will be a celebration of life and open house at Vanderveen Farms, located at 15673 Memorial Hwy, Mount Vernon, from 2-5 pm. Please come help us celebrate Butch’s life and share your memories. A private family graveside service was held at the Pleasant Ridge Cemetery columbarium.

We wish to thank a few folks for all their help during these past three months, Hospice of the NW, Eden Home Health, Nancy and Gary Hoffman, and especially Butch’s girls and their families. He may not have always been smiling, but in his heart he loved you dearly and he appreciated you so much.