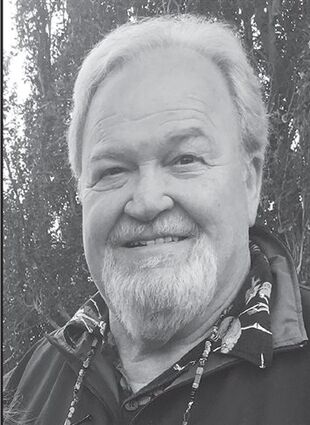 Douglas Little Bison passed away on December 27, 2020. His life partner and stepchildren were with him. He was the great-grandson of Chief Big Foot (Si Tanka), leader of the Miniconjou-Lakota, whose Sioux band perished at Wounded Knee in 1890. His parents Wallace Little Bison and Buenna Schuler Bison preceded him in death.

Doug was well known as a talented and remarkable sculptor. With more than twenty bronze sculptures to his credit, his award-winning work is in art collections and displayed in homes across the country.

Doug’s artistic ability was complimented by his outgoing and friendly nature. He used that combination to successfully own and operate several art galleries. He owned Blackfish Gallery in La Conner from 2013 until his passing. Prior to moving to La Conner he was a gallery owner in Friday Harbor for twenty years. His early years on San Juan Island included managing San Juan Properties at Roche Harbor and selling real estate for several years. He later managed the yacht club in Friday Harbor and the marina at Roche Harbor.

Doug will be remembered for his delightful and captivating sense of humor and his kind and gentle disposition. He was a quintessential storyteller and truly enjoyed being on stage in the center of the action. Many will remember his 25 years as the consummate MC for the 4th of July Parade in Friday Harbor.

He is survived by his life partner Marion Melville, his brother Steven Little Bison (Susan), his son John (Chelsea), his stepchildren Briel (John), and Sven (Yaxkin), three grandchildren, numerous nieces and nephews and his dear friend and “co-conspirator” Jake.

Doug’s friends were far and wide. His absence leaves an ache in the hearts of those who knew him and shared his life.