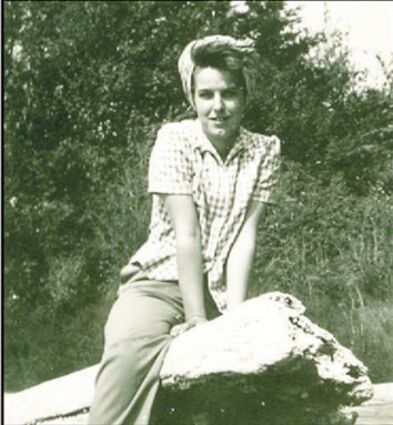 She was born in Mount Vernon on January 16, 1926, the daughter of Alfred Mozart and Stella Vivian (Dunlap) Nelson.

Mary Clare graduated from La Conner High School with the class of 1944.

She attended the U of W 1946-1947 where she learned shorthand, typing and how to make a living.

After college she returned to La Conner to begin her life.

Her life’s trail took her on an adventure to San Francisco, and she enjoyed the city.

She then moved to Seattle and found a job as a secretary with Atlantic Richfield (then Arco and now British Petroleum).

She retired in 1985 from British Petroleum at Cherry Point.

After retirement she felt it was time for fun and traveling.

She drove around the United States and then toured all of Europe.

Mary Clare was a member the La Conner Billikens.

She was preceded in death by her parents; two brothers, Robert Nelson and sister-in-law, Arlene Nelson, and Alfred “Babe” Nelson and great nephew, Drake Edwards.

You may share memories and send Mary Clare’s family condolences online at www.kernfuneralhome.com.

Funeral arrangements are under the care of Kern Funeral Home of Mount Vernon.