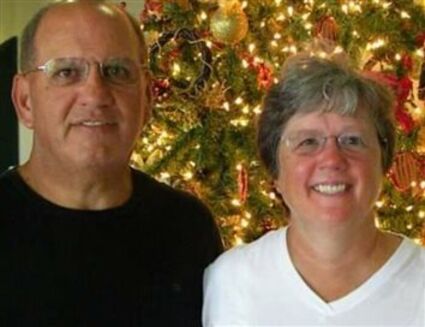 RETIREMENT IS A GREAT REASON TO SMILE – Sandy Delaney brought her husband Les to the Channel Lodge last Friday to share in the celebration of her retirement. The longtime bookkeeper called it quits after 42 years. – Photo courtesy of Channel Lodge

One is her actual residence, the other a rock-solid career with the La Conner Country Inn and Channel Lodge.

Delaney officially retired Friday from the local hotels, truly her second home, after 42 years on the job.

Delaney began in housekeeping in 1978 at the stylishly designed Country Inn, which opened on Second and Morris streets a year earlier. It replaced small and aging wood-frame cabins, one of which had been infamously spray-painted with the misspelled moniker “Town Getto.”