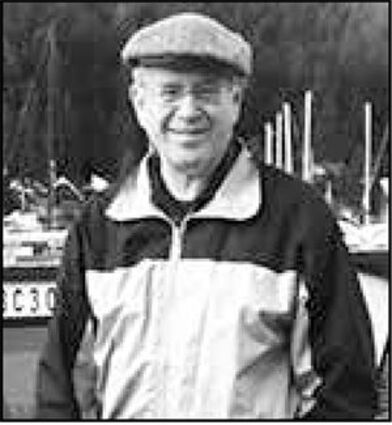 Wes was born on June 15, 1941 in Nampa, Idaho, to Royal S. Nelson and Lola Lingle Nelson. Wes graduated from Warsaw High School near Winona Lake, IN. He attended Seattle Pacific College where he met Leona, both enrolled as speech majors. They were married on July 5, 1963.

While in college, Wes felt a definite call to be a pastor.

In his senior year, he was asked to plant a new Free Methodist church in Renton, WA. After two years of ministry there, he enrolled at Western Evangelical Seminary near Portland, OR, while pastoring and building a new church in nearby Woodburn.

After 4 years, Wes graduated with a MDiv degree and he and Leona headed south to be youth pastors at San Jose, CA which then led to an 8 year pastorate at the Turlock Free Methodist Church.

There another new church building was planned and completed.

During those 8 years at Turlock, two wonderful children entered their lives, Jenni and Jason, all the way from S. Korea.

Those joy-filled years of raising their children included two trips to Israel, one summer study session at Oxford, England, a year as interim pastor at Modesto FM church, a 3 month study term at L’Abri Fellowship in the Swiss Alps, and a CA Conference Camp Directorship. Following this, Wes engaged in doctoral studies at Fuller Seminary and Claremont School of Theology where he also pastored the FM San Bernardino, CA church. In 1983, Wes and Leona answered a call from across the sea to N. Ireland where Wes would serve as pastor of the FM church in Bangor, N. Ireland.

Those 4 years in N.I. were filled with wonder and excitement. The only reason for returning to the states from N.I. was to prepare their teenage children for American colleges. They moved to Gresham,OR where yet another building program got underway and a beautiful new church was built.

Leona taught high school during this time but when another call came from the Emerald Isle, they couldn’t resist going back, this time to the south of Ireland.

After a year of research and enjoying the company of their Irish friends, they returned to the states.

Sugar Grove, Pennsylvania was the next stop where they pastored for a two year appointment until they moved back to the familiar west coast, this time to Santa Cruz, CA. There Wes pastored a small FM church while Leona taught school.

An opportunity came up for Wes to purchase a picture frame shop; he and Leona worked together to make that a successful operation.

A memorable Santa Cruz venture was directing art camps for children during the summer months.

Wes, being an appreciative patron of the arts, developed The Potter’s House, a place where local musicians could come and give concerts.

After 5 years in Santa Cruz, it seemed right to consider retirement...but where to retire? A visit by Leona to see her sister, Ruth Wilkens of Oak Harbor, WA led to an interest in a house for sale in La Conner, WA. In 2001 they packed everything up, even all their framing supplies & equipment, and moved to the Skagit Valley where Leona had spent much of her childhood.

The home they bought in La Conner (Shelter Bay) had big rooms downstairs where Wes could set up his framing equipment.

Many artists in the area came to him for picture framing, a very enjoyable experience for Wes.

During their La Conner years, Wes and Leona were able to spend a year in China teaching in an international school and also one summer in Lithuania teaching at a Christian college.

In 2013, Wes and Leona were able to travel back to N. Ireland to celebrate their 50th wedding anniversary.

The highlight of their trip was the surprise Anniversary Banquet given to them by their Irish friends.

Wes and Leona lived in LaConner for 16 years welcoming their children back to the area and knowing the joy of grandchildren who visited often.

Fishing with friends was a favorite activity of Wes’s. There are many tales of woe and laughter connected to his fishing stories. Lake Cavanaugh was a favorite spot. Wes and Leona made many friends there when Wes was summer pastor for five years at the Cavanaugh Community Church. During retirement, Wes also answered a call to be a summer interim pastor at Eagle River Free Methodist Church in Alaska, another great adventure for them both.

In 2017, Wes and Leona moved to Warm Beach Senior Community near Stanwood, WA. They have enjoyed the last 3 years there together among many caring friends. Throughout his life, Wes was a lover of peace, a seeker of the contemplative way, a constant example of service and kindness. He influenced all those he encountered without needing to say a word. And when he did speak, he spoke from a depth of wisdom and learning that helped many in their own spiritual journeys. He and his great smile will surely be missed.

Wes was preceded in death by his parents, Royal and Lola Nelson. He is survived by his wife, Leona, and two children Jenni Malyon (Matt), Jason Nelson (Yoko), and his two grandchildren, Dylan Malyon, and Yuki Nelson. He is survived by his brother Gene Nelson (Roberta), Keith Nelson (MaraLei) and Sue Hodgson(Bill) as well as brother-in-law Don Bowers and sister-in-law Rosie Bowers. He leaves behind many nephews and nieces and cousins, all part of the big family he adored.

The family thanks Hospice of the NW for their incredible care and compassion for dear Wes. A beautiful burial service was held at Union Cemetery in Sedro Woolley on Sept 29, 2020. In memory of Wes, memorials can be made to: Underground Writing, a non-profit writing program for incarcerated youth and adults, PO Box 1043, Mount Vernon, WA 98273