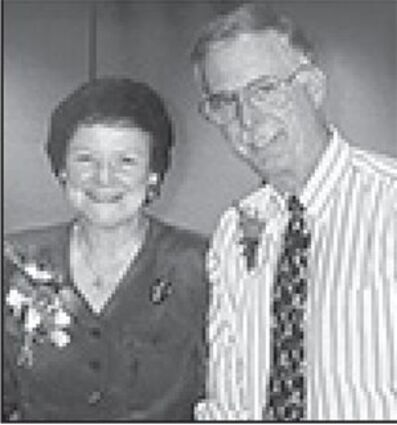 Gordon Craig Kimbell, 85, peacefully went to be with his Lord and Savior on October 9, 2020.

Dad was born to Carl and Mildred (King) Kimbell on September 18, 1935 in Everett, WA. As their only child, he was their pride and joy.

Dad graduated from Everett High School and earned a bachelor’s degree in Business Administration from Western Washington College (now University) in Bellingham. During this time, he started courting another Everett native, Arlene Gannon, and they married in 1958. Through 62 years of marriage, including real life ups and downs, he was always faithful in loving his “Arly.”

Dad served in the Air Force Reserves during the late 1950’s and early 1960’s, being activated along with many others during the Cuban Missile Crisis.

Shortly after marriage, Dad and Mom built a home in the new Eastmont neighborhood of south Everett, and had their first child a week after moving in.

Here they raised their four children. Early family years included trips to the ocean, week-long vacations at an uncle’s cabin on the Skykomish River and day trips to Puget Sound beaches. They tried trailer camping a couple of times with their young children, but Mom preferred a real roof over her head and running water. Around 1972, they found their own rustic family vacation cabin overlooking Skagit Bay, near La Conner.

Dad started his career with West Coast Telephone Company (which became GTE) as an accountant. Later, when the company purchased a computer, he found himself learning to be a programmer, doing what was then called data processing. In 1968, he accepted a job at Everett Community College, where he was a respected computer science instructor for over 30 years. With four growing children and a full-time career, he managed to earn his Masters in Education from Central Washington University.

After their kids were grown, Mom and Dad found another cabin outside of La Conner, down the road.

(This one with running water and an indoor bathroom!) They eventually replaced this old building with a permanent home, enjoying life there for over 30 years.

They enjoyed their retirement years, repeatedly traveling to Cannon Beach, OR; Mazama, WA; the Big Island of Hawaii and Tofino, BC. In between, they enjoyed their quiet home outside of La Conner and helping others in their community.

Dad also kept his hands in computer work, doing web development for some of these places they enjoyed visiting.

He also continued to faithfully serve on the Board of Directors of MountainCrest Credit Union, where his humble spirit and integrity were admired.

Dad enjoyed fishing and crabbing, as well as restoring Ford Model A’s and working in his yard and garden.

He was a loving grandpa, who enjoyed spending time with his grandchildren, whether on their beach, in the boat or on other little adventures.

Dad accepted Jesus Christ as his Savior as a boy, and always strove to live a faithful Christian life.

As with most Believers, this was marked with personal growth over the years.

In his later years, as he and Mom were each dealing with serious health issues, he would often say “We never look down; we always look up.” Dad always took an interest in those around him, displaying kindness and had a servant’s heart. Memories of Dad include his volunteering in various organizations, as well as helping neighbors, friends, and coworkers.

We have met so many people who comment on Dad’s kindness and willingness to help.

We as his four children learned a strong work ethic from the example set by him and Mom, as well as to take an interest in and show love for others.

We humbly hope that we can continue to carry forward this legacy.

Dad and Mom were active for a number of years with their church family at Christ The King Skagit, in Burlington.

A celebration of Dad’s life will be held with close family.

Arrangements are under the care of Kern Funeral Home of Mount Vernon, WA. Donations may be made in Dad’s name to Fred Hutchinson Cancer Research Center (https://tinyurl.com/GKimbellHutch) to further cancer research.