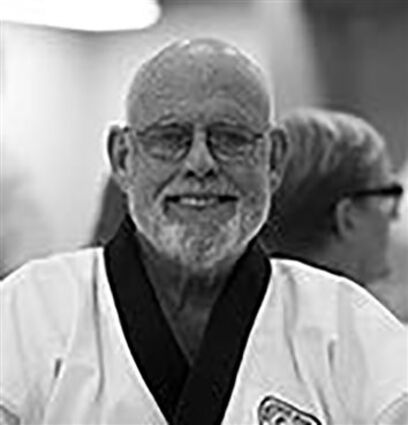 Curtis W. McCauley of La Conner, Washington passed away on Sunday, September 13, 2020 at the University of Washington Hospital in Seattle from complications following a stroke.

Curt was born on June 11, 1943 in Sacramento, California. He was named John Rudd Hart by his biological mother. When adopted shortly after birth by Lila and Carl Duncan, he was renamed Curtis Wesley Duncan.

When he was seven years old, Curt moved to Washington State with his mother and step-father, George McCauley. The family settled on Bainbridge Island where Curt grew up, graduating from Bainbridge Island High School in 1961. After high school, he attended what is now Olympic Community College in Bremerton.

He soon started on an eclectic career path that followed his many interests. After a brief stint at Boeing, he spent his early adult years working in law enforcement for the Seattle Police Department and, subsequently, for the Bainbridge Island Police Department. Side jobs included driving a taxi and owning a scuba diving shop. A number of years later, he moved to Skagit County and began working in the construction trade.

Curt’s next career change came when he joined with partners to form a company building custom kitchen cabinets and furniture. He later formed his own business called Custom Wood Manufacturing.

On April 7, 1989, Curt and Gretchen Dunlap Sword were married and she joined him on a journey that would last for the rest of his life. Since 1985, Curt had been training in the Korean martial art Soo Bahk Do Moo Duk Kwan, beginning what became a lifelong passion for him. Soon after their marriage, he started his own school in La Conner, known as Channel Town Karate. He loved teaching and had found his final career!

During his 35 years as a Soo Bahk Do practitioner, Curt served as the Regional Examiner and was elected to the US Soo Bahk Do Moo Duk Kwan Board of Director from Region 10 (Washington, Oregon, Alaska). He and Gretchen attended many national events and traveled twice to South Korea and once to Crete, Greece for World Moo Duk Kwan gatherings. He achieved the 7th degree level in 2017 and was presented the Lifetime Achievement Award in 2019.

During his lifetime, Curt enjoyed being out in nature, traveling, reading and art making. He was a Search and Rescue volunteer and a Hope Island (now District 13) volunteer fire fighter. At the time of his death, he was president of the Museum of Northwest Art’s (MoNA) Docent Council.

Because of COVID-19 limitations, a memorial service will be held at a later date. The family suggests memorials may be made to: Museum of Northwest Art, P.O. Box 969, La Conner, Washington 98257 or a charity of your choice.

Arrangements are under the care of Kern Funeral Home of Mount Vernon.