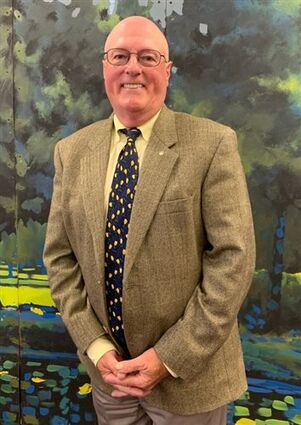 Rich Stewart is no stranger to La Conner, having visited here several times during a long career in public schools marked by stops all over Washington state.

He was hired last week to serve as interim superintendent of La Conner Schools, filling a role that has defined much of his more than four decades in public education.

“Being an interim superintendent has been a good thing for me,” Stewart, who enjoys a statewide reputation, told the Weekly News on Thursday.

“I hope I can help with La Conner,” he stressed.

The La Conner School Board moved quickly to agree on contract terms with Stewart, who succeeds Dr. Whitney Meissner. Meissner stepped down June 30 after what was sometimes a stormy three-year tenure here to take a top administrative post with the large Lake Washington School District.

“We’re fortunate to have found such a strong candidate,” board president Susie Gardner Deyo said prior to Stewart being sworn into office at a brief July 10 video-conferenced special session, one marked by a noticeably light mood.

“We mobilized quickly,” Deyo said, “to find a top, talented person to lead our school district. He will be a tremendous asset.”

“We’re excited to work with him,” Agen said, “and look forward to his leadership.”

“When you read that about the candidate,” he quipped, in response to Deyo, “I was wondering who you meant.”

Stewart arrives amid the uncertainty of COVID-19 and its impact upon the start of school in the fall.

“Right now,” he said, “nobody has the answers. Nobody has gone through this before. But if we are going to err, it has to be on the side of safety and public health.”

La Conner will be Stewart’s 19th school district during a career spanning to 1975. Ironically, one of his prior stops was at Chimacum, where Meissner served as a principal.

While conceding he is not as strong a public speaker as Meissner, Stewart brings with him to La Conner a resume that speaks volumes to his ability as a problem-solver and consensus builder.

“Overall,” Stewart said, “the relationships that have been forged with community, students, and staff has been the most significant part of working in this profession.

“As a superintendent,” he added, “leaving a district in better shape than when I came in is one of the great rewards of working in public education.”

Stewart was a psychology major in the early 1970s at the University of Washington, where he attended class with legendary Husky quarterback Sonny Sixkiller, when teaching beckoned him. At the time he was doing volunteer work at a Seattle area school district, working with special needs students.

“I was absolutely sure this was what I wanted to do for my career,” he recalled. “I had also been coaching little league baseball and working with young people was very enjoyable and gratifying.”

Central Washington University boasted one of the best special education programs in the nation, so Stewart was off to Ellensburg, where he completed course work in regular and special education.

He knew right away he had made the correct career choice.

“As a teacher,” he said, “I enjoyed seeing students being excited when they were able to do something they hadn’t been able to do before. It was the ‘light bulb’ effect.”

Stewart returned to CWU a decade later to earn a master’s degree, leading to his entry into public school administration.

His background in sports would come in handy.

“As a principal, supporting and working with staff who became a team working for the benefit of students was very rewarding,” Stewart said.

His next step was earning superintendent credentials at Washington State University.

“Wazzu fit best what I wanted to do, and it had a strong program,” Stewart said.

He would eventually retire after serving as superintendent of the Eatonville School District. Stewart and wife Deanna, also an educator, were living in their waterfront home on the Olympic Peninsula when Chimacum coaxed him out of retirement on an interim basis.

It didn’t take much arm-twisting. And a whole new career was launched.

“I wasn’t happy not doing anything,” he said. “When Chimacum called and asked if I was interested in taking the job, I saw it as a chance to keep my hand in it. I did one year there and was asked to do another year. It was a good experience. I’m glad I got to do it. It was both challenging and fulfilling.”

Stewart didn’t stop there. He later took superintendent assignments in eastern Washington, one at Nespelem on the Colville Reservation and more recently in Kittitas.

“It’s always a good experience as an educator to work with different cultures,” Stewart said of his time with Nespelem.

At La Conner, Stewart said he looks forward to working with the Swinomish Tribal Community.

“The tribal connection,” he said, “is very important.”

While at Kittitas, Stewart worked alongside a school board in transition, much as is the case in La Conner.

“They turned over three positions,” he said, “and the two remaining board members had two years of experience. Yet it turned into a really good board.”

Over the years, Stewart would drop by La Conner, often to visit his friend and mentor, retired principal and motivational speaker Dan Miller. The Stewarts would ultimately move to Ferndale, just 45 miles away, in Whatcom County.

“I made a promise to Deanna that it would be our last move,” Stewart said. “She feels like we’ve been in the Witness Protection Program.”

Deanna Stewart signed off on his taking the La Conner job, he said.

“She told me to take it,” said Stewart. “She said they need you in La Conner.”

“We want to thank Mrs. Stewart,” she said, “for sharing Mr. Stewart to work for us this year.”