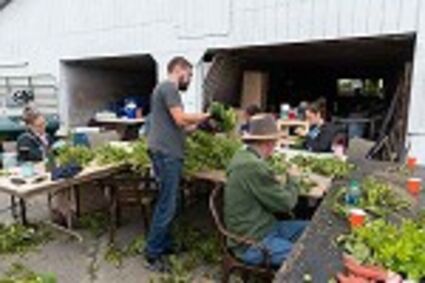 Amy Moe and Byron Betts are bringing an old crop back to new life in the Skagit Valley. They are the first hop growers to surface in the valley in years. While most people think of eastern Washington as the hops capital of the state, Moe says hops were actually grown quite widely in Skagit Valley – before Prohibition. Fir Island was once filled with hops. No longer. But now, thanks to Moe and Betts, there’s Hop Skagit.

Moe is a fourth-generation farmer using the land where she grew up. Once a dairy farm, and still owned by her parents David and Carali Moe, Amy and her husband Byron...