Cheers and tears after a long career 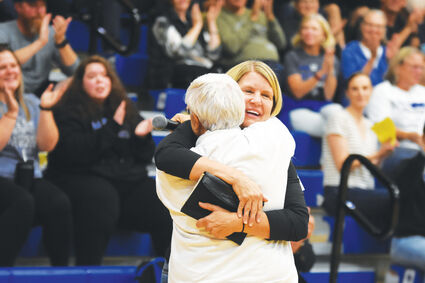 And that was before the defending state 2B champions knocked off 4A Glacier Peak in straight sets in front of a supportive home crowd at Landy James Gym.

It was a festive mood that filled the arena Oct. 13 as Washington Hall of Fame Coach Suzanne Marble was formally honored courtside on her 30-year career here, a tenure marked by six state titles, three academic state championships, 17 state tournament trophies and much, much more.

Among those in attendance was the retired schools' administrator who hired Ma...