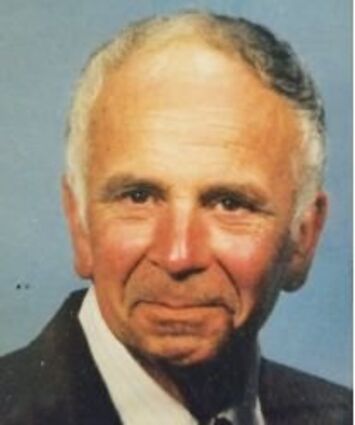 Lloyd Michael Jennings was born April 13, 1935 in Sioux City, Iowa to Lloyd Louis Jennings and Elma Hazel Mayer Jennings. When Lloyd was 2, the family moved out west to Mount Vernon, Washington. Lloyd and his three sisters had a very typical 1940s childhood, enjoying car rides to get ice cream, movies on Saturdays, and bike rides through the farmland with friends.

Lloyd graduated from Mount Vernon High School in 1953, where he was active in FFA. Following high school, he joined the U.S. Army. He was stationed in Bamberg, Germany, and the medieval city wasn’t the only source of romance – it was there he met Anna Fleischmann. Despite the language barrier, they fell in love and were married in Worms, Germany in April 1956. Upon his discharge from the Army, the couple moved to Mount Vernon and settled on the Westside.

The couple had two children – Michael in 1957 and Christina in 1959. Lloyd worked as a truck driver for Skagit Valley Trucking, and later became a shareholder at Anacortes Plywood. After the mill closed, he also drove for Termicold and Sunland. In his younger years, he also did crop farming as a second job. In 1972, he and Annie took over a newly-opened yarn shop in La Conner. Although it was mainly Annie’s career, he did enjoy hanging out there … but mainly at the coffee shop. Jennings Yarn is still run by Christina today. Lloyd was a volunteer firefighter for 37 years with the McLean Road Fire Department, just across the street from the family home.

Lloyd was an avid fisherman his entire life, and spent many hours on the Skagit in his wooden boat. He was also a passionate gardener; their yard was often the envy of the neighborhood. In retirement, Lloyd began growing dahlias and joined the Skagit Valley Dahlia Society. Every summer, his garden would be a rainbow of dahlias with Mount Baker in the background, and Lloyd and Annie would donate many bouquets each week to adorn Immaculate Conception Church, where they were active members.

Lloyd will be most remembered for his sense of humour. To the firemen he was Louie, to Annie he started as Jake … until she learned his real name after six months. He provided the comic relief in every family activity, from the silly songs on long car rides, to joking answers during family board games, to the many comedy movies and shows watched together. He especially cherished his role as Opa, taking a very active part in Nicole’s life.

Lloyd is survived by his wife Anna, his daughter Christina Jennings, and his granddaughter Nicole Jennings. He was preceded in death by his son Michael in 1984, his sisters Elaine, Edith, and Karen, his parents, numerous friends, and several beloved family cats and dogs.

Private burial was held at Pleasant Ridge Cemetery with Fr. Tom McMichael presiding. A celebration of life will be held after the holidays at McLean Road Fire Dept. Remembrances may be made to McLean Road Fire Dept. or Immaculate Conception Regional School in Mount Vernon. The family would like to extend a special note of gratitude to Hospice NW for their guidance and support in his final days.