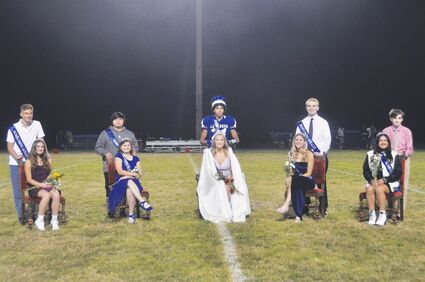 Not so much in the final score, but certainly during isolated moments of a 67-18 grid loss to league foe Friday Harbor and at intermission when the royal court led by King Jacob Pommels and Queen Makayla Herrera was introduced to a large Whittaker Field crowd.

While the homecoming royalty could not decree a second straight Braves win a week after the team broke a lengthy scoring drought in a convincing 30-6 victory at Charles Wright Academy, halftime festivities in its honor helped take the st...