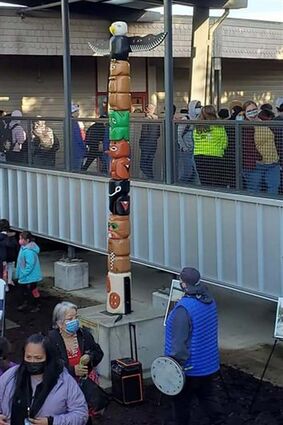 La Conner High School students have gone on to make their marks all over the globe, attaining achievements not soon to be forgotten.

Perhaps none more so than John K. Bob, a U.S. Army medic killed in action near the end of World War II while trying to remove wounded American soldiers from a German battlefield.

Bob, a member of the Swinomish Indian Tribal Community and a student leader, athlete and musician prior to enlisting for military service, has been memorialized locally in numerous ways, including as namesake for the spacious tribal ballfield and recreational site on the reservation...