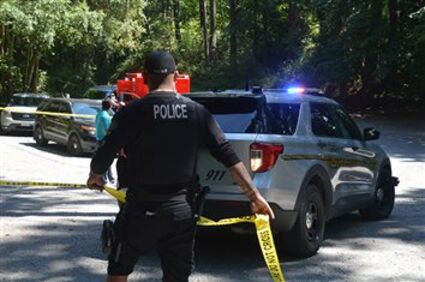 PIONEER PARK DEATH INVESTIGATION – Swinomish police were helping secure the area at Pioneer Park’s parking lot off the roadway entrance at 2:45 p.m. Wednesday, June 23. Investigation and autopsy of the self-inflicted gunshot wound confirmed the initial conclusion of suicide. The 19 year-old Whidbey Island man was found in his car before 1:30 p.m. by a passerby. – Photo by Ken Stern

Tobin Meyer, chief criminal deputy with the Sheriff’s Office, said in a phone call that it was a self-inflicted gunshot wound to the head. Investigators believe the death to be consistent with a suicide.

Officers responded at 1:29 p.m. June 23 to a 911 call from a passerby in the park. They found the victim slumped over from a possible gunshot wound and apparently dead. Detectives...