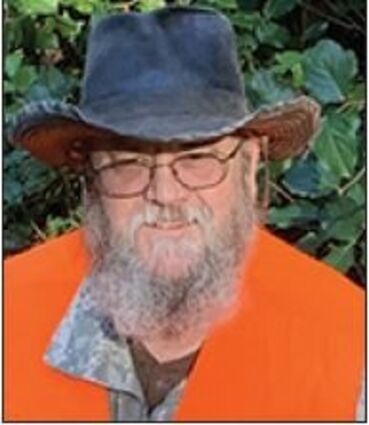 James Owen Lockrem Sr, 61, passed away from cancer at his home in La Conner, WA surrounded by his family on April 1, 2021. He was born in Minneapolis, Minnesota on April 28, 1959 to Richard and Florence Lockrem. The family moved to Washington State when Jim was 8 years old. Jim graduated from Glacier High School in Burien, WA. He married the love of his life, Carol Starkweather, in Burien on June 30, 1979. They moved to La Conner in 1982 and raised five children. Jim attended Skagit College in their diesel program, and became a heavy duty mechanic for Herc Rental for 28 years in which he earned 25 awards for his work.

Jim loved motocross, in which he received many awards, woodworking, paintball games, building airplane models, video games, camping, fishing, hunting, and just sitting and watching TV by the fireplace with his wife, Carol.

His father preceded Jim in death. Jim is survived by his wife of 42 years, Carol; his sons, James Jr (Mandy), Jeremy (Nicole) and Joshua (Valma); his daughters, Justine and Sarah (Pete); his mother, Florence Lockrem of La Conner; his brothers, Rick (Dawn) Lockrem of Auburn, WA, and Gary (Sheila) Lockrem of Burien; his sister, Kathy Shipman of La Conner; 18 grandchildren and 2 great grandchildren.

Services for Jim were held at the Kern Funeral Home Chapel on April 6. Private inurnment will take place at Fernhill Cemetery, Anacortes.

You are invited to pass along your condolences and stories of Jim to his family at kernfuneralhome.com. Arrangements are through Kern Funeral Home, Mount Vernon.