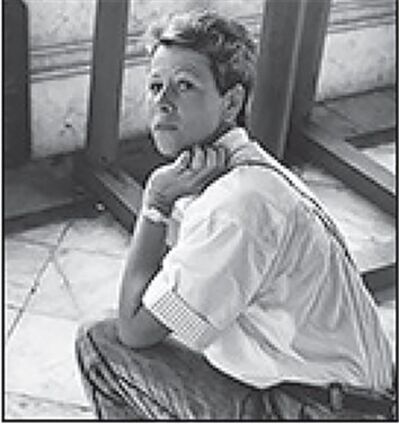 Cynthia Jo (Misner) Ritchie passed away peacefully on September 28, 2020 at her home of 33 years on the Swinomish Channel with her loving children and sweet little dog by her side.

The proud daughter of Robert and Maude Misner, Cindy devoted her life to her family, her community, and gardening at the beach. A fourth-generation Skagit County Pioneer tracing her local roots back to Louisa Ann Conner, Cindy was born on December 14,1945 in Bellingham, WA and raised in La Conner, WA. Cindy Jo was given her middle name after her Uncle Joe Edmondson who died serving our country in the Battle of Leyte Gulf in WWII in 1944. The sibling relationship between Cindy’s mother and Joe was deeply cherished by Cindy and his memory and name lives on through Cindy’s first-born son and grandson.

Cindy’s growing up years on 3rd Street in La Conner are remembered fondly by a cohort of “The La Conner Hill Gang.” They recall a fearless tomboy who gathered garter snakes in her wagon to throw at snake-fearing friends, a clever friend and prankster with a quick wit, and a fun loving frolicker of lively and lighthearted 1950s innocence and silly capers.

The “Hill Gang” loved the Friday night dances at the Seven Cedars and Cindy was central to those good times.

A Camp Fire Girl during the school months, Cindy was a Camp Kirby camper in the summer where her love of being outside was cultivated.

The vacant lot next to Cindy’s childhood home is remembered as the scene of 1950’s La Conner hill recreation—tag, baseball, hide and seek and many overnights in sleeping bags with Cindy always present. Like her father before her in 1935, Cindy graduated LCHS in 1964 with many classmates that remained some of her closest friends throughout her life.

After a short, fun-filled year at WSU, Cindy returned home from Pullman.

While driving a pea truck in the Summer of ‘66, Cindy met Jim Ritchie of Mt Vernon, WA. A year of courtship later, she moved to Seattle with Jim and went to work at Boeing while he attended UW. Despite the advice of their concerned parents, the two youngsters eloped to East Lansing, Michigan in June of 1968 to marry and begin what would be nearly 35 years of marriage together.

Following Jim’s graduation at UW and acceptance into USAF flight school, Cindy stepped away from Boeing and they moved to Enid, OK, where Cindy gave birth to their son Joe in 1970.

The military moved the family several times including Fayetteville, NC, where they welcomed their son Michael to the family in 1975 and then Mildenhall AFB in Lakenheath, England in 1976 where their third child, Catey, was born.

After having bounced around the globe for 10 years, the Ritchies replanted their roots in La Conner in 1981 and Cindy vowed to never leave again. True to her word (and possibly including a few threats to her husband), Cindy stayed in her beloved hometown of La Conner for good.

The doors of Cindy and Jim’s home were open to all, including numerous local kids who needed a place to stay.

Cindy was very active in the community and the schools in particular.

Over the years, her wood-paneled “Mamavan” and bright red Suburban were staples at every function from sports and scouts to 4H and cheer coaching.

Passionate about local history Cindy volunteered tirelessly for over a dozen years at Skagit County Historical Museum, serving multiple terms as a board member.

Bringing a long family legacy, and life-long Skagit County history to her participation in the Museum and its activities, Cindy was Volunteer of the Year in 2014.

As one of her fellow board members said, “Cindy was the rare board member who would show up to meetings in her work clothes ready to get her hands dirty.” Cindy was always present at events like the Pioneer Picnic, helping Bertha Fohn and others feed practically the entire town! For twenty summers Cindy volunteered, keeping records for horse events at the Skagit County Fair with her dear friend and fellow “Old Grey Mare”, Andi Schmittou.

In the spring, Cindy relished her time cutting flowers with Jan and Ritva Roozen to be sold in Seattle farmer’s markets and for over thirty years, Cindy was one of the “Bonko Babes” meeting monthly to roll dice with the ladies, eat good food, and belt out the hits of the 1950s and 60s.

Cindy is survived by her three children, brother and their families. Her eldest son Joe lives in Snoqualmie, WA with his two children, Joey and Nicky. Her son Michael and his partner Heather and their two children, Conner and Lilianna live in La Conner as does Cindy’s daughter Catey with husband Steve Phillips and their daughter Ika. Cindy’s brother Don Misner and his wife Janet split time in retirement between their home in Castle Rock, WA, and the home Bob and Maudie built on the Channel next door to Cindy’s home. A celebration of her life will be held when current restrictions are eased. As was the case throughout her life, her Channel Drive doors will be open to all.

In lieu of flowers, please consider a donation in her name to the Skagit County Historical Museum: https://www.skagitcounty.net/HistoricalSociety/Documents/MemorialForm.pdf.